Bringing the Sri Lankan identity to the world. 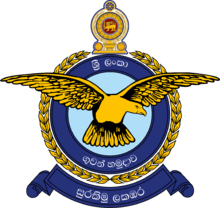 Capt. Harsha started his pilot career in 2000 as an operational helicopter pilot at the helicopter training base of Higurakegoda at Sri Lanka Air Force. Then he served more than a decade of a period in Sri Lanka Air force and gained flying experience facing in to various military operations such as high demandable decision making environments. 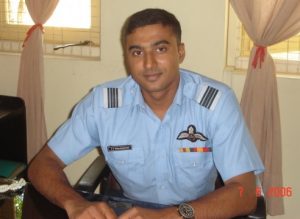 He accomplished his Diploma in Archaeology in year 2015 at Post Graduation Institute of Archaeology and Research (PGIAR), University of Kelaniya, Sri Lanka, there he studied and worked on “MYTHS OF ANCIENT AVIATION IN PREHISTORIC PERIOD OF SRI LANKA & RELATED ARCHAEOLOGICAL SITES”.

Furthermore he has started doing his Masters and Ph.D at PGIAR on Archaeology with an aim of establishing the Aviation Archaeology in Sri Lanka.

In 2008 late October, Capt. Harsha Govinda Koralearachchi was the first pilot who entered to the helicopter licensing stream for Airline transport Pilot Licensing written exam in civil Aviation Authority of Sri Lanka. At that time CAA SL not equipped to grant proper licensing system for helicopter pilot. He has encountered and cooperated with the CAA SL DGCA and Directive staff for whatever obstructions to get clear the target. 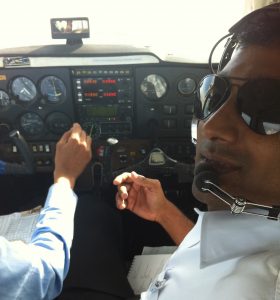 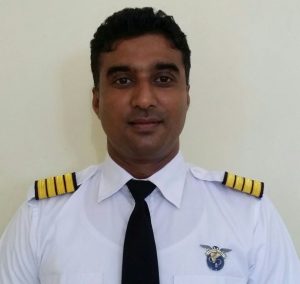 This project is a 3d representation of vimanas,  created by Guru Prasad Narayanan,...

A 1500 year old pre-columbian artifact in the shape of a modern aircraft is tested for flight worthiness....

The Greek legend of Daedalus and Icarus is no doubt the most famous of the ancient legends of flight. Many aspects of the leg...

Nearly all ancient cultures contain myths about flying deities. The gods of ancient Egypt, Minoa, and Mesopotamia were often ...

The unresolved circumstances of Amelia Earhart’s disappearance, along with her fame, attracted a great body of other claims...

Aviation Archaeology has a marvelous potential to create endless possibilities to enhance the scope of the aviation industry itself, travel, tourism and culture. It can also promulgate entrepreneurship for youth.   Aviation Archaeology has mystery, myth, and empirical evidence embedded in it, thus creating a marvelous tapestry to connect the past to the present, and propel it in to the future.   For enthusiasts and professionals alike Aviation Archaeology augurs well for the future for pilot, adventurer, maverick, researcher or budding entrepreneur. The sky is the limit for its potentiality. It is yours to envision and enjoy! This blog is launched based on my post-graduation research intending to collect the data relates on ancient aviation in south most Asia.